Coming into my study abroad experience a year and a half ago, the one thing my mother made me promise was not to fall in love and want to move to Scotland permanently.  Unfortunately, not only did I fall in love with Edinburgh as a city but also, within three months, I found myself dating a young man with a charming Scottish accent and patchy facial hair.  A week later we were running down Princes Street in the year’s first snow together like children… or I was at least while he stood back laughing because, unlike me, he did not grow up in Southern California where two inches of rain constitutes a torrential storm and snow is something only seen in movies.

Over the next nine months it became increasingly clear that ending this relationship at the close of my term here was not going to be an easy task.  That being said, I was adamantly opposed to entering a long distance relationship.  Here is the story of how that changed:

I was shaking when we walked into the terminal for my flight home to California. All of my nervous uncertainty about the future bubbled up and spilled out in salt-water geysers to greet the British Airways attendant who was kind enough to ignore my grossly overweight bag and offer a sympathetic pat on the arm.  Having an emotional breakdown next to a coffee shop on the top floor of the airport felt incredibly embarrassing until my gate was called and the final moments of my nine months with Ben came to a close.  Baristas faded into the background along with the impatient, gawking travellers swarming around us.  It felt as if we had stepped onto the fastest moving walkway in existence, trying desperately to disembark and return to the night we met.  Flashes of memories darted in quick and confused succession making me dizzy before I suddenly felt Ben’s hand squeeze mine as a reminder that I would soon miss my plane.

Sprinting to my gate just before it closed I knew that I would find a way to make it back to Scotland. The next five months were an exhausting slog of five courses, two part time jobs and an attempt to maintain a relationship with someone 5,144 miles away.  An adolescent sense of urgency and sensitivity set in and we found ourselves arguing more than we ever had.  The entire time I was away Ben insisted that the second we saw one another at the airport, all of the stress of the past few months would melt away. 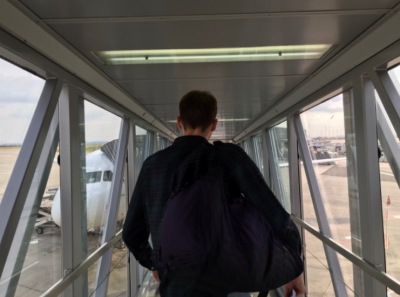 In my typical cynical fashion, I criticized what seemed to me like a naïve viewpoint and questioned whether all of this frustration would amount to anything in the end.  Five months later, with my diploma and a full time job in Scotland secured, I stepped off the plane into Edinburgh and waited with an odd sense of calm to meet Ben.  Though weather-induced traffic took away my romanticized expectations of rushing into his arms at the arrivals gate; he eventually sloshed in from the rain, looked at me sheepishly for being late and my first thought was that his hair looked ridiculous.  I smiled because despite all of my negativity, he was right. When we saw one another, it was like those arguments had been erased.

Studying abroad for the past year involved a lot of improvisation and debunking of previously held romantic notions that everything could go exactly according to plan.  So here are some tips about how to adjust to distance-induced change if you too find yourself an ocean away from your partner. 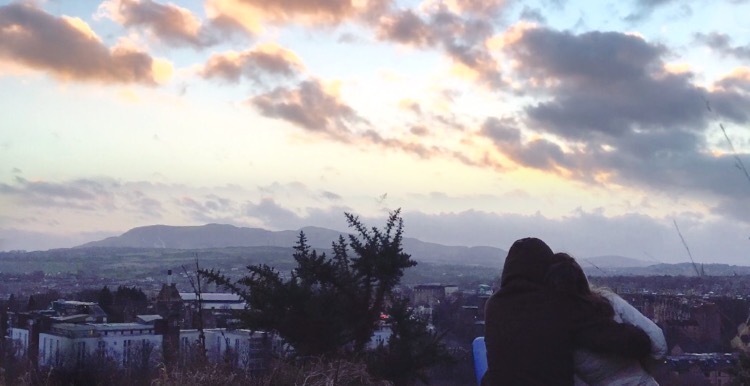 1. You will question whether this is really what you want and there will be times when communication across a time difference seems impossible. This is normal and it isn’t an indication that you care for your partner any less.

2. Having a date when you know you will see one another again will make the time in-between visits significantly easier to handle. It’s easy to forgive a missed skype call if you know you only have a few weeks before you’ll no longer need to communicate via a computer.

3. Be open and honest about the way your feelings are evolving in the relationship. Pretending like everything is fine on the surface while insecurities are brewing beneath will create a much deeper distance between the two of you than just a physical divide.

4. Set aside specific times each week to video chat, watch a film together, play an online game together or just read to one another. Outside of these times, try to go about your day without staring at your phone. You will miss speaking as often as you used to but when your daily realities are so different it is difficult to keep up a constant dialogue 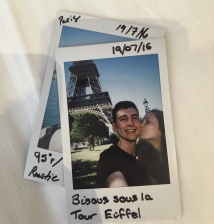 5. Jealousies will arise and it’s best to be open about them even if it leads to an argument in the short term, it’s better than brooding. That being said, it’s important to stay reasonable and understand that not every new person your partner meets is potential competition if you are both committed to the partnership.

6. Send letters or care packages periodically even if they’re very small as they will mean a great deal to your partner.

7. My final and most important recommendation is not to expect, or even hope, for disappointment. When bitterness begins to build after repeated difficulties maintaining communication it becomes very easy to expect your partner not to come through when it comes to a phone call or a promise. You’ll find yourself even wishing sometimes that he or she will fail to follow through so that you’ll have more fuel for your fire when you argue later.  This creates a very unhealthy cycle of resentment which will only grow as time goes on.  Remind yourself that you’re both human, and you both make mistakes, but have faith that your partner is trying everything they can to love you and you will make it through.