UC Berkeley student Gigi Choy, who currently studies at the London School of Economics, was a recipient of the ACE Scholarship, and as a result was able to travel to Montreal, Canada to represent LSE at the Harvard World Model UN event. Read Gigi’s experience in her own words below:

This year, I had the privilege of representing Team LSE at Harvard World Model United Nations (WorldMUN 2017) in Montreal, Canada. Known as the “Olympics of Model United Nations,” WorldMUN is the most internationally diverse college-level Model UN, with 2000+ currently enrolled university students from over 115 countries attending each year.

My co-delegate Zac and I represented Kenya in the United Nations Conference on Trade and Development (UNCTAD). In this committee, we debated the technology gap between developed and developing countries. Using the acronym “MIND the Gap,” we emphasized the need to focus on the mobile industry, internet access, nurturing innovation, and developing North-South and South-South cooperation. Together with our bloc, which included countries like Egypt, India, Turkey, South Africa, and Switzerland, we pushed for the prioritization of technological transfers in basic state infrastructure, such as in health, medicine, agriculture, and ICTs. 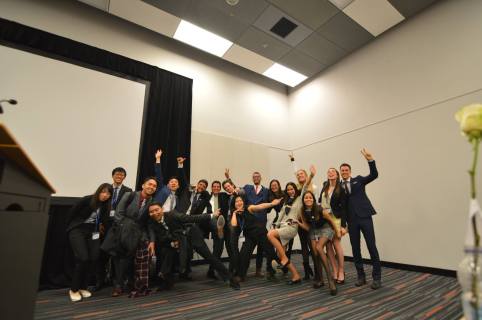 Outside of committee, the LSE delegation braved a blizzard and trudged through 35cm+ of snow to visit attractions such as the Old Port of Montreal and Mount Royal, and had a taste of Canadian classics like poutine, maple syrup, and Tim Horton’s coffee and doughnuts. We were also lucky enough to tour the International Civil Aviation Organization (ICAO), which is a UN specialized agency.

While the ACE scholarship did not cover all of the expenses for WorldMUN 2017, it certainly did reduce the financial burden of the conference (flights, accommodation, delegate fees, etc.). And since UC Berkeley does not participate in WorldMUN, the ACE scholarship gave me a once in a lifetime opportunity to experience the “Olympics of MUN.” As such, I highly recommend any student who is interested in or will be participating in a Model UN conference to apply for the ACE scholarship. 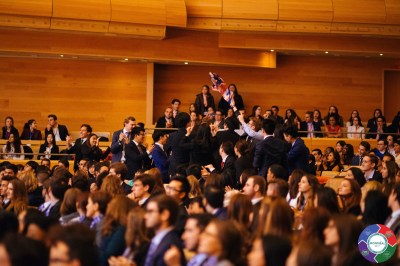 Watch Gigi’s video of her experience at WorldMUN  here!