It will seem like everyone you speak to about studying abroad is eager to share what an incredible, eye-opening, life-changing experience they had getting to know a new country; employing any excuse possible to talk to you about their time away:

But not too many people will be as forthcoming about the more painful or challenging parts of their time abroad.  We’re all aware when embarking on our programs that we may experience ebbs and flows of homesickness while away from California but I wanted to write about ‘reverse homesickness’ or missing the place you studied in and grew to consider home for perhaps a semester or a year.

During my first information session about UCEAP I studiously scribbled notes about applications and deadlines into a notebook, planning my semester away, until being caught off guard by one senior who had returned from an academic year in China, lauding the benefits of spending a full year abroad while other semester-returnees sat sheepishly next to him nodding regretfully about only having spent one semester in their respective foreign country.  I sat there in awe, wanting to be as smug and content with my life as the yearlong returnee!  I walked away knowing that I would be spending an entire year in the United Kingdom. 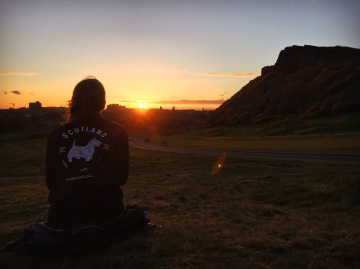 All I could fathom at that point was that a year would be a great way to leave no Scottish stone un-turned.  To be honest, I felt annoyingly proud of my decision, like it was a brave undertaking; I never really considered the practicalities of genuinely forming a life in Scotland for an entire year to later leave it all behind.  I’ve heard other returnees say they were excited to get back and ready to restart their lives in California but to be honest, I was heartbroken at the prospect of leaving Edinburgh after falling in love both with and in the city.

Everyone at UCSB tells you that Isla Vista will be exactly the same when you get back and you’ll just pick right up where you left off as if this is a comforting statement.  But to me, this sounded so… disappointing.  Of course I was excited to see my friends and family but hadn’t I grown into a fuller person while away and filled my days with experiences I would perhaps never find at “home”?  From my perspective at the time I’d have to be plucked out of my beautiful circle of Scottish friends and new-found family to be placed right back into the little wedge I’d carved for myself in a college town that now felt claustrophobic and insular.  I would be returning to a job where all of my friends and co-workers had graduated and moved on and been replaced by new members who I believed had formed impenetrable bonds that I would only make a fool of myself attempting to smush into.  I dreaded losing the memories I had of my year here, of never being able to properly return and of increasingly dwindling contact with the connections that I made.

I sat around my parents’ house for two weeks moping while I adjusted my sleep schedule increasingly away from my previous time zone and subsequently away from convenient contact with my friends back in the UK.  Moving up to Santa Barbara I braced for the onslaught of the worst ten weeks of my academic career… I found instead that it was the best quarter I had ever experienced at UCSB.

All of the sadness and disappointment that accompanied my moving home from Edinburgh were ever-present and I did, in fact, find it incredibly difficult to maintain continuous contact with my friends back in Scotland.  However, I also found ways of crafting an entirely different experience out of UCSB and, having become more open-minded and in many ways a more resilient person while away, I felt that I was able to cope better with this sadness than I would ever have been able to before.  The most important aspect of returning home was having two particular friends along with my sister who were there for me every step of my readjustment process.  I was upfront with them about the depression I’d been feeling and my anxieties about returning and they were absolutely brilliant about ensuring that I felt welcome, included and supported.  I know that I was incredibly lucky to have people like this in my life and this may not be reflective of everyone’s experiences when returning home but in my opinion, the most powerful weapon you have against post-EAP sadness is candour about your feelings and reaching out to those around you. 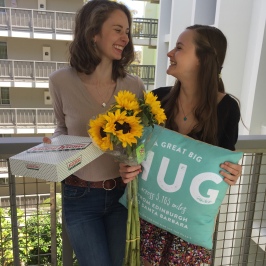 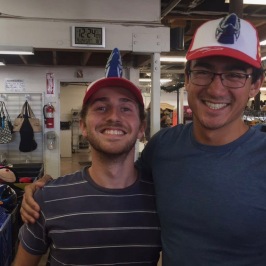 When I got back I was so overwhelmed with emotions and stress that I went into the Counselling and Psychological Services (CAPS) at UCSB and just cried my eyes dry for an hour.  I am so grateful that the UCs offer such amazing services to their students and I was able to utilise them without any stigma or cost.  Beyond the initial tear-fest I found that joining the UCEAP club and serving as a Global Intern was probably the most productive way I staved off feelings of sadness about the end of my program. These groups allowed me to meet other returnees and to talk to new applicants about my experiences abroad in a productive way.

Staying active in the sun was a major way to get out of my own head and clear out some of the negative thoughts I was having about being home. If you’ve never tried rock climbing, its an amazing way to channel frustrations and find workable, immediate solutions to small, manageable problems.  I’d highly recommend picking up the hobby and its a cool place to meet other people who become your climbing partners.  These climbing trips were of course accompanied by the rapid consumption of ice-cream and Jane Austen novels.  At the end of the day, when expecting to fall to pieces coping with the tremendous sadness and loss of having left Edinburgh behind me, not only did I get by, I thrived.

If you’re incredibly passionate about where you studied abroad, do look into finding a way back there.  Through my internship this year I’ve managed to secure another year long stay in Scotland and there may be similar opportunities for you.  Studying abroad involved a lot of homesickness on both sides of the equation and I expect for the rest of my life, wherever I do eventually land, I will feel twinges of homesickness for Edinburgh or for California.  However, I will forever be grateful that I have had these experiences, that I have had two homes and that, hopefully, I’ve made some kind of impact on those around me in either place.