As part of Spring 2018’s Intern: Scotland Program, our six Edinburgh interns, based at the Scottish Parliament, United Nations House Scotland (UNHS), and the Law Society, jetted down to London for a 2-day educational tour of the inner workings of both the UK Supreme Court and Houses of Parliament. They also attended a fun tour of the Churchill War Rooms.  We interviewed a few of the student’s to gather their thoughts on the visits and how this trip added to their experience as Intern: Scotland students as the Scottish Parliament. 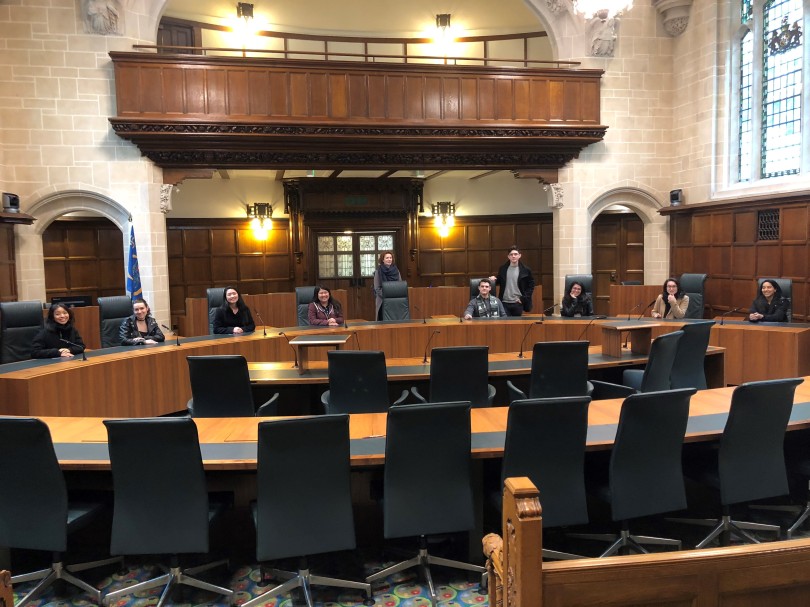 “The Supreme Court was the highlight of my London Trip.  The tour we were given was both detailed and interesting – our guide gave us inside access to the Supreme Court’s different courtrooms, and even the library!  Because our programme focuses on the Parliament at Westminster and Holyrood, I found that our tour provided us a fresh perspective on the Scottish policy and law.  As an intern at UNHS, the guide’s detailed description of the jurisdiction of the Supreme Court of the UK in Scottish Appeals as it relates to human rights was enlightening, and helped me better understand Scotland’s position in the world of human rights law and policy.”

Next stop on the tour for the interns were the Houses of Parliament.

“When on tour of London I had the pleasure of visiting the Palace of Westminster, part 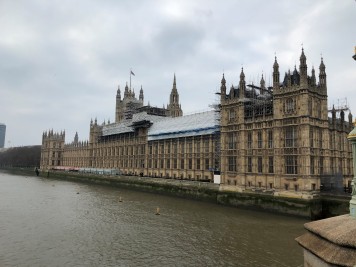 of which is the iconic clock tower, Big Ben. Serving as the United Kingdom’s Houses of Parliament, the Palace of Westminster was originally built for royals and nobles of England. The old construction sustains both art and politics with nearly one thousand years of history unlike any other building in the world.  The Westminster Parliament bestowed upon me a sense of living heritage coupled with the grand conventions of a begone era.”

Here, the interns not only toured the grounds of the Houses of Parliament, but they also were lucky enough to be able to sit in on a meeting delivered by Member of Parliament (MP) Chris Law.  Further, they were given the chance to sit in on debates and business on in the chambers following the meeting with Chris Law, allowing them the opportunity to compare and contrast the Scottish Parliament workings to Westminster. 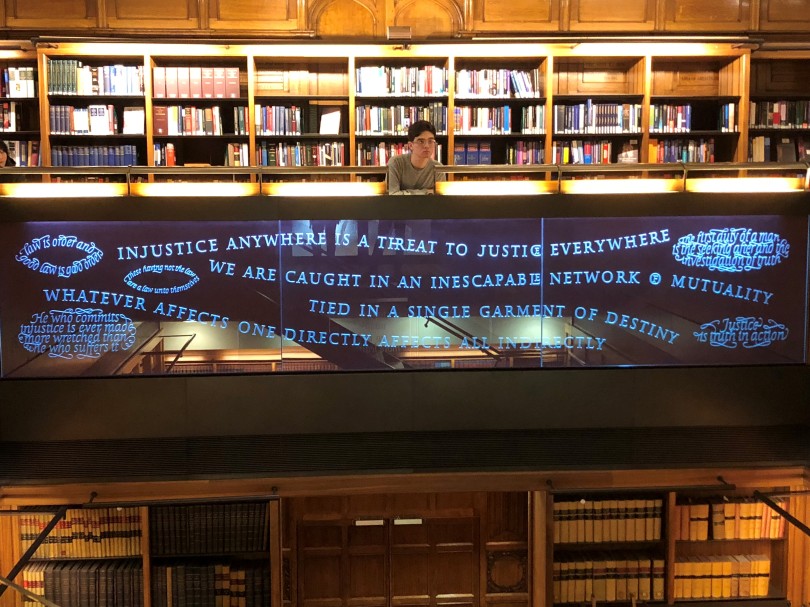 Lastly, the interns had a fun, final visit to the Churchill War Rooms.

“On the last day of our London trip, we visited the Churchill War Rooms – a museum 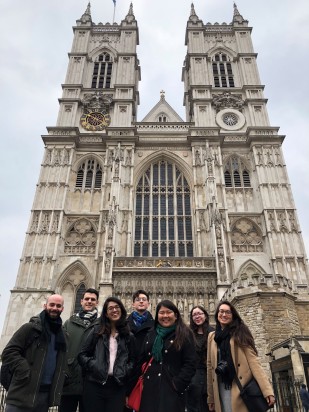 set up in the actual bunkers used by Churchill and his war staff at the height of World War II.  Unlike conventional museums, wandering through the War Rooms while listening to the audio guide felt a little bit like being a spectator travelling back in time. I was fascinated by the recreations of what each room, from the War Room itself to Churchill’s own bedroom, looked like on a particular day in that history. Overall, while I may not have gone to this place on my own, it became the highlight of my whole London trip in the end.”

Overall, the students were able to combine their studies from both their UC campuses as well as those from their Edinburgh courses with their experience as interns in Scotland in order to truly understand and appreciate the inner workings of Parliament and the Supreme Court. The visit to Westminster was truly a once-in-a-lifetime opportunity for the Scottish interns!